The Skip the Stuff Bill asks for restaurants, food delivery apps, and online delivery platforms to give out single use plastic utensils, napkins and condiments only when it is requested by the customer.

Read On Our Blog

Plastic litter starts on city streets, ends up in storm drains, creeks, rivers, and beaches, and ultimately flows into the ocean. Once in NYC’s waterways it can choke and harm wildlife. Plastic breaks down into smaller and smaller pieces, is consumed by wildlife, and eventually threatens human health through tainted seafood and drinking water. Passing this bill would eliminate a very large part of our plastic consumption and pollution.

Furthermore, the manufacturing of plastics — made of petroleum and other fossil fuels — their transport, and their disposal contributes to climate change and pollution. Petroleum and plastic manufacturing infrastructure is also overwhelmingly located in communities of color and poor neighborhoods, unjustly degrading the health of these New Yorkers.

The Skip the Stuff Bill asks for restaurants, food delivery apps, and online delivery platforms to give out single use plastic utensils, napkins and condiments only when it is requested by the customer. The default is that the customer would receive none of these extra items.

Victory! After three years of advocacy by our Chapter, we are so happy to announce that the Skip the Stuff bill has passed with a vote of 43-7 in NYC! This bill will reduce plastic pollution in our communities, environment, and ourselves.

Surfrider NYC attends a press event and testifies at the city council hearing for the Skip the Stuff Bill on December 12. Read more on our blog.

The "Skip the Stuff" Bill is reintroduced as City Council Bill Intro. 0559 by Council Member Marjorie Velázquez, and will be voted on again in this year's legislative session.

The bill, Intro. 1775C, had the support of a majority of council members. In a hearing on December 7, 22 people spoke in favor of the bill, including Just Salad, a large local chain of restaurants, and the NYC Hospitality Alliance, the leading restaurant industry group in NYC. Nobody spoke in opposition. After the hearing, the bill was passed out of the Consumer Affairs Committee by an 8-1 vote on December 14. The bill was then put on the agenda for a final vote in the full Council on December 15. Around 10PM the night before, word got out that the bill was pulled from the agenda because the Mayor had “concerns.”

The legislative session ended and there needs to be a new primary sponsor for the bill in 2022 (Council Member Van Bramer reached the end of his term in 2021). 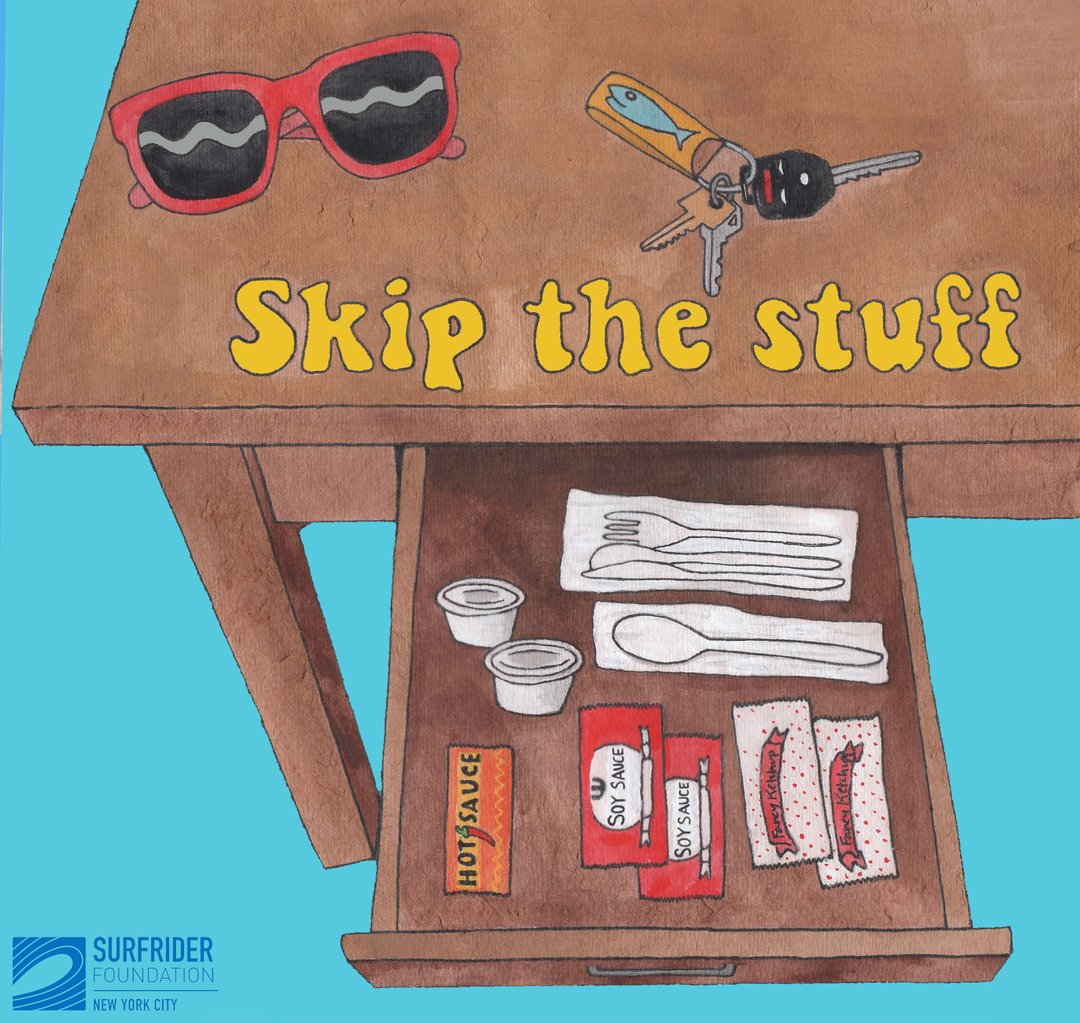